To reduce borrowing there would have to be deeper faster cuts.

So Labour are saying the government is cutting to deep to fast on the one hand and saying they haven’t cut enough on the other.

It demonstrates how incompetent Labour really are. 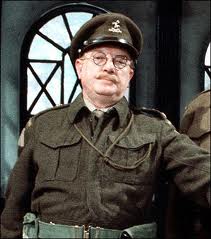 David Ellesmere also mentions that a lot of people on benefits are people who actually work. I’m so glad he mentioned that because it is part of the culture of benefit dependence created by his party while in government.

He also claims that we’re not all in this together and talks about people losing out on low and middle incomes. The phrase ‘low and middle incomes’ is actually meaningless. As the median salary in this country is only £21,000, the objective of using the phrase is to make everyone think that they’re being talked about.

David Ellesmere ends complaining about the government letting the few people who earn over a million pound a year keep more of their money but strangely doesn’t mention so many of the lowest earners being taken out of tax altogether.