Reporting on “fit for work” deaths isn’t fit for purpose

It was widely reported that thousands of people died within weeks of being found “fit for work” and losing their benefits.

The figures show the number of people who had been found “fit for work”, and who died within weeks of their claim ending. They cover the period from late 2011 to early 2014. It’s likely that in many of these cases, the person dying was why the claim ended.

A claim quite naturally ends when a claimant dies 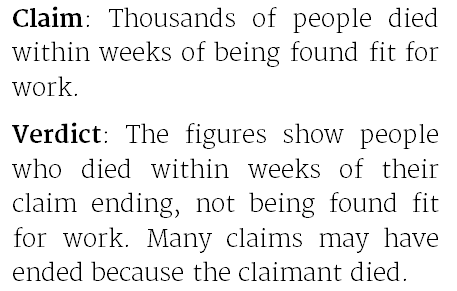 This entry was posted in Lies of the Left. Bookmark the permalink.