Making End of Life Excellent Across the Country 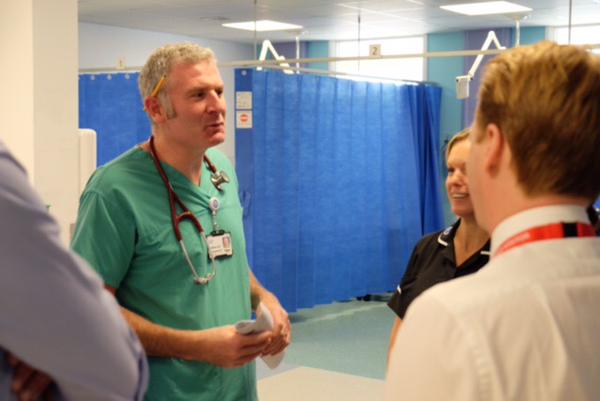 It is not often that you are moved to tears at a conference fringe event but last week, in Manchester, Stephen Lock did precisely that. I was speaking at a Macmillan event on end of life care and Stephen was first up, to tell us about the searing experience of losing Bea – his wife and the mother of their small children. Given the reason for my invitation, I expected to hear how things had not gone right – something that happens too often in the care of dying people. It turned out to be very different. Bea’s death was beautiful and calm, leaving Stephen and his children better able to put back their lives after Bea had so suddenly gone. It was an account of a good death – the most terrible moment made wonderful by exceptional care.

Last week, the Economist Intelligence Unit said that so many people had a similar experience to Bea and her family that it made the United Kingdom the best place in the world for end of life care. Theirs is not a solitary judgement. 90% of the hospices inspected by the CQC earn either a ‘Good’ or ‘Outstanding’ judgement. Most of us will know of deaths that have been good – and many of us are involved in hospices and hospice services, from small donations to full-scale volunteering – which help in that effort.

Excellence is not just confined to the hospice sector, as so many presume. The care that Bea received, including the Goldline telephone service that made sure she was comfortable and provided Stephen with the information he needed to keep some sort of sanity in a soul-destroying few weeks, was commissioned by Airedale CCG. In hospitals across the country, from Frimley Park to the John Radcliffe in Oxford, you will find exceptional palliative care services helping make people’s last moments not just bearable but sublime.

Where great hospital care comes together with the kind of community services provided in Airedale, you get a whole system centred around the person, ensuring that people can die in as much comfort as possible, with the people around them that they want with them, with their affairs sorted, their spiritual needs ministered to and in a place that makes them most happy. Go to Bedfordshire to see how Sue Ryder is making the system work around the person, just as it is increasingly in Liverpool, Durham, Darlington and North Lancashire.

Already there is excellent in end of life care all over the country, so excellence is not exceptional. It is why we do so well in the international comparisons. But excellence is a long, long way from universal. Like many MPs, the stories that I hear in my surgery make me acutely aware that the poor experiences I know of personally are far more widespread that I would dare to fear. The report by the Parliamentary and Health Ombudsman earlier this year into end of life care made clear in its bare and terrible accounts how our care of people at the end of life can go so badly wrong.

We all must accept some of the blame for that: a recent survey by the Carers Trust found that 7 in 10 of us had not had a serious conversation with our nearest and dearest about what we wanted at the end of our lives. If they do not know, how can we expect the NHS to do its best to make sure everything goes according to our plan? But government has a big role to play as well – not least in making sure we make universal the excellence that we see already happening up and down the land.

Unemployment in Ipswich tumbles for the Eighth Consecutive Month

Great news this week that Unemployment across the UK has fallen to a 7 year low.

In Ipswich, the fall in Unemployment continues. Those without a job for twelve years or longer has fallen by 3.5% since August and most importantly, youth unemployment is now 64% lower than in 2010.

This is a fantastic achievement for our town and one that everyone in Ipswich should be immensely proud of. These statistics show we are on the right path, yet there is much much more to do to reach our goal of full employment in the town.

This entry was posted in Ben Gummer. Bookmark the permalink.