This is how one of Corbyn’s own speaks to a fellow Labour MP publicly. 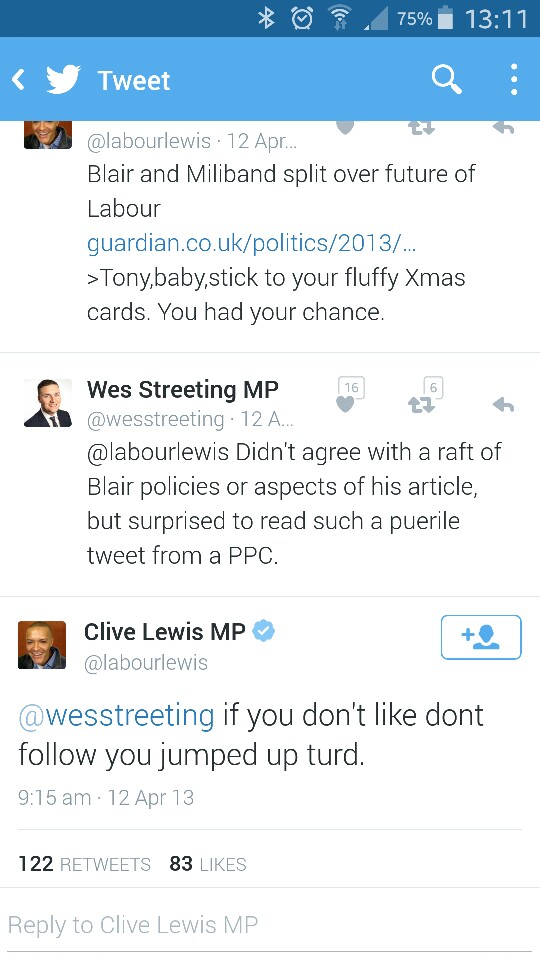 If you want to see an example why there are loads of moderate Labour members leaving the party and getting disillusioned with Jeremy Corbyn just look at the bottom comment and this is from someone who works for the party.

Peter Mandelson is right when he says that Jeremy Corbyn is deliberately seeking to divide the Labour party in a way that will destroy its electability. With Corbyn’s approval rating at minus 32 Labour are finished as a mainstream party. Labour are now merely a party of puerile student protest.

This entry was posted in Jeremy Corbyn, Labour Party, Uncategorized. Bookmark the permalink.