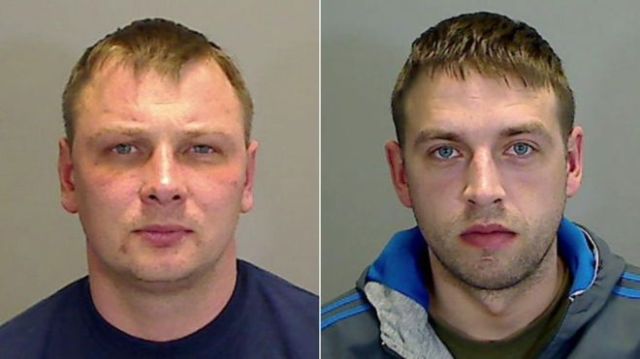 Two Lithuanian men have been jailed for trafficking two men, found working in food processing plants, who were paid £20 over four months.

The victims were brought to Great Yarmouth with the promise of food, work and accommodation.

Konstantin Sasmurin, 34, and Linus Tatautus, 31, of Caister-on-Sea, were each sentenced to three and a half years jail at Kings Lynn Crown Court.

Police found the victims had been working at two plants in Suffolk.

The court heard the victims were put up in Cobholm in Great Yarmouth at a house which had mould on the walls and no beds.

Det Sgt Mark Scott from Norfolk Police said: “This case is another example that modern day slavery is real and is happening around us.

“It must not be tolerated.”

This entry was posted in Modern Slavery, Slavery, Uncategorized. Bookmark the permalink.