We want to keep the Upper Orwell Crossings 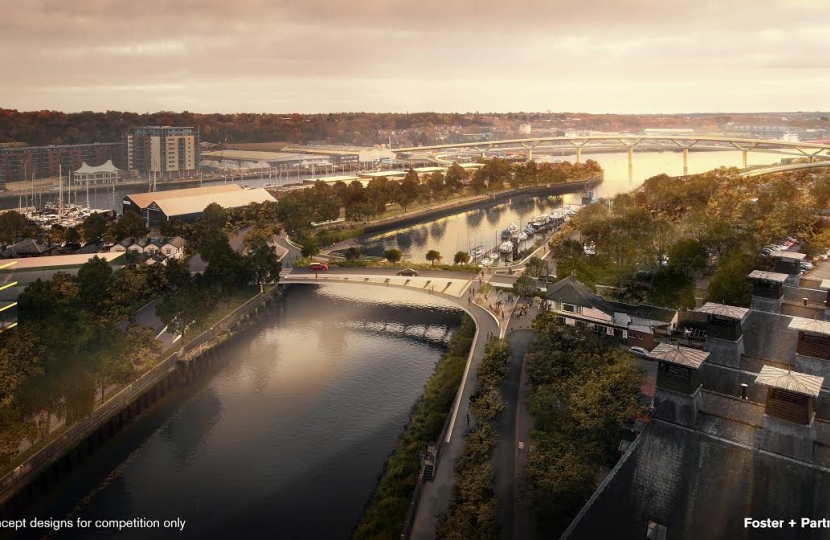 In his Six Point Plan for Ipswich, Ben Gummer and the Conservatives promised to secure the funds to build a Wet Dock Crossing across the Orwell. The Chancellor announced that the Wet Dock Crossing would be given the go-ahead.

Since then a design competition took place and the newly named Upper Orwell Crossing are due to be completed around 2021.

The Upper Orwell Crossings will do two things: Firstly, it will relieve traffic around the Star Lane gyratory by creating an alternative route across the Orwell. Secondly, it will unlock the Island site for development creating new high value jobs for Ipswich.

However now Ben’s successor in Parliament has cast doubts on the scheme as he does not want to see £95 million of investment coming into the town and by consequence the potential for new jobs. This was the man who thought it would be acceptable to raid the county council reserves at the risk of causing the County Council to run out of money in 2 years.

If you want to sign a petition to ensure that the bridges proceed as planned by Ben and the local Conservative team, please sign here-