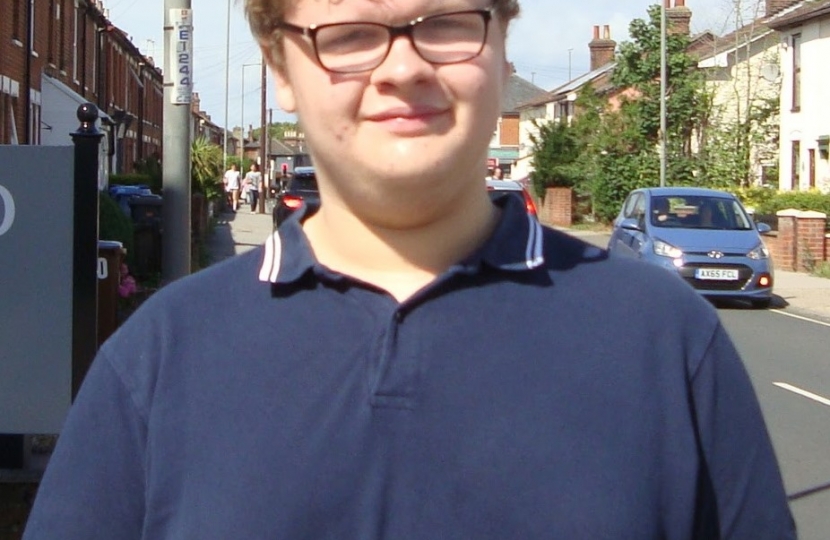 James works in Ipswich town centre as an apprentice for a recruitment company, after having finished studies at Suffolk One.

“It’s a huge honour to be chosen to represent the Conservatives in this election and I will be working hard talking to residents in the coming weeks listening to their concerns and views.

“I am a candidate with an optimistic vision for St John’s and Ipswich. I would like to see more investment in Ipswich, less traffic congestion within the town by supporting a Northern Route and fighting for the Upper Orwell Crossing, better public transport and greater opportunities for young people.

“If elected I would work exceptionally hard to give St John’s a voice at the top table.”

“We had an exceptionally strong field of potential candidates for this important By-Election, all demonstrating their desire to make the lives of people better and more secure with the Conservative team across Suffolk and nationally. We congratulate James on his selection and look forward to working with him to get our message out to the people of St John’s”

St John’s is a county seat in the east of Ipswich and one Borough seat on slightly different boundaries was held by the Conservatives until 2012. The county seat was held by a Labour councillor until his resignation.

“It is time for a councillor who will put St John’s on the Suffolk map and fight for the investment that the area needs. Only James can bring about this change, being part of the secure Conservative team at Endeavour House.”